Stable pools are meant to hold assets that have a 1-to-1 exchange rate. Examples might include WBTC-SBTC or DAI-USDC. The exchange rate math they use is based on that of the StableSwap pools offered by both Balancer and Curve.fi.

Stable pools have a more "lenient" swap curve, in that they maintain an exchange rate closer to 1:1 for larger amounts, rather than tapering off like a traditional 50/50 or weighted curve. A simple example comparison of a stable pool exchange curve and a traditional swap curve is shown below: 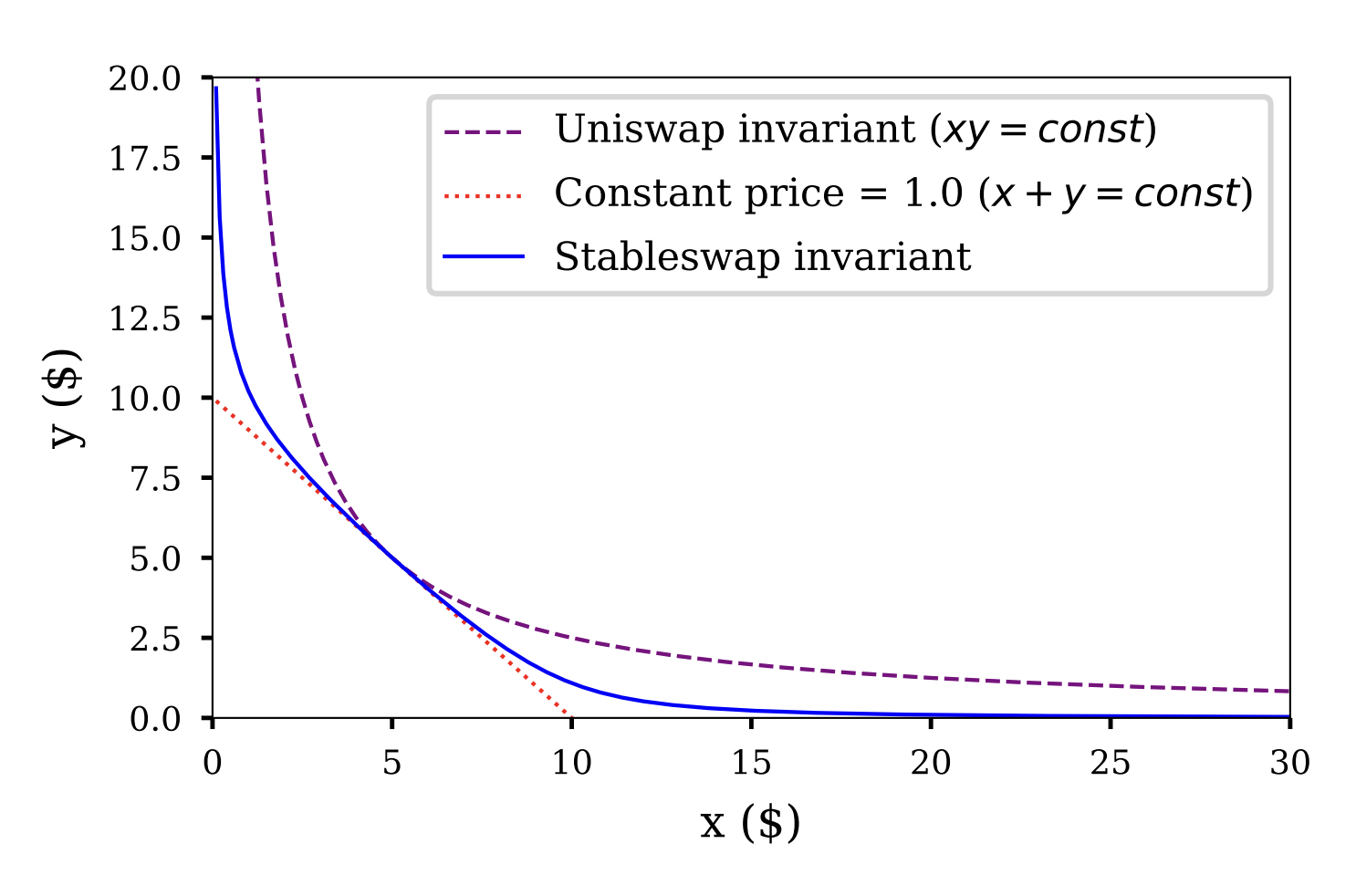 Miguel Mota has written a very understandable explanation of StableSwap math that can be found here.